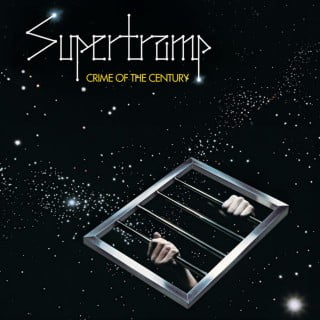 Crime Of The Century

Crime of the Century is the third album by English rock band Supertramp, released in 1974. Crime of the Century was their commercial breakthrough on both sides of the Atlantic, aided by the UK hit “Dreamer” and the U.S. hit “Bloody Well Right”. It was a UK Top 10 album and a U.S. Top 40 album, eventually being certified Gold in the U.S. in 1977 after the release of Even in the Quietest Moments…. The album was Supertramp’s first to feature drummer Bob Siebenberg (at the time credited as Bob C. Benberg), woodwinds player John Anthony Helliwell, bassist Dougie Thomson, and co-producer Ken Scott.