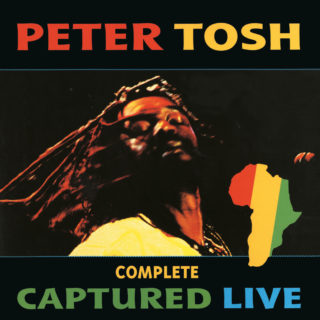 The legendary show was recorded in 1983 at the Greek Theater in Los Angeles and originally released as a single disc highlights album in 1984. This Complete Captured Live Record Store Day release features all fifteen songs performed that night, including fiery versions of “Equal Rights/Downpressor Man,” “African,” and “Get Up, Stand Up” on two colored vinyl LPs, the first solid yellow and blue, the second solid yellow, red, and orange. Available for the first time since 2002.