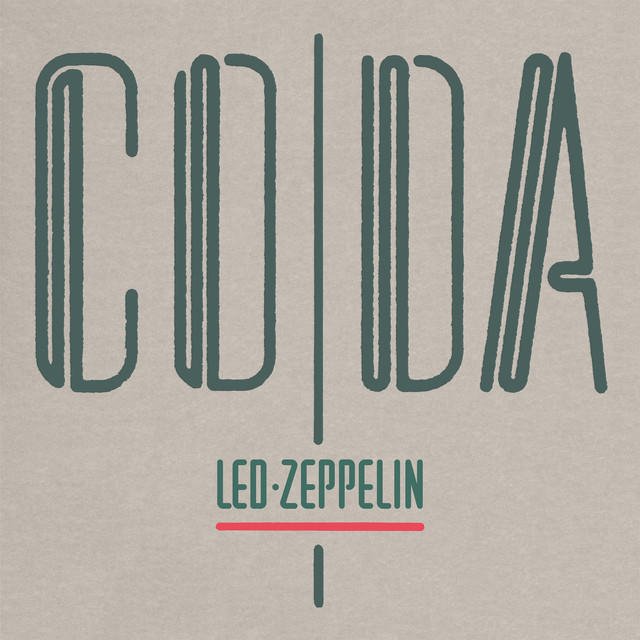 Coda is the ninth and final studio album by the English rock band Led Zeppelin, released in 1982. The album is a collection of unused tracks from various sessions during Led Zeppelin’s twelve-year career. It was released two years after the group had officially disbanded following the death of drummer John Bonham. The word coda, meaning a passage that ends a musical piece following the main body, was therefore chosen as the title.

A remastered version of Coda, along with Presence and In Through the Out Door were reissued on 31 July 2015. The reissue comes in six formats: a standard CD edition, a deluxe three-CD edition, a standard LP version, a deluxe three-LP version, a super deluxe three-CD plus three-LP version with a hardback book, and as high resolution 96k/24-bit digital downloads. The deluxe and super deluxe editions feature bonus material containing alternative takes and previously unreleased songs, “If It Keeps On Raining”, “Sugar Mama”, “Four Hands”, “St. Tristan’s Sword”, and “Desire”. The reissue was released with a negative version of the original album’s artwork as its bonus disc’s cover.