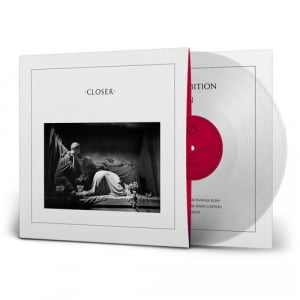 Closer was of course the band’s last album. It was issued two months after Ian Curtis’ suicide (he died on 18 May 1980).
There were no singles from Closer, but three non-album singles – ‘Transmission’, ‘Atmosphere’ and ‘Love Will Tear Us Apart’ – are also being reissued at the same time as the album, with ‘2020 remastered audio’. These are pressed on 180g vinyl and feature original artwork (‘Transmission’ has an embossed sleeve). The Closer album isn’t remastered and uses the same mastering as on the 2015 vinyl reissues (which is from 2007).

Atrocity Exhibition
Isolation
Passover
Colony
A Means To An End