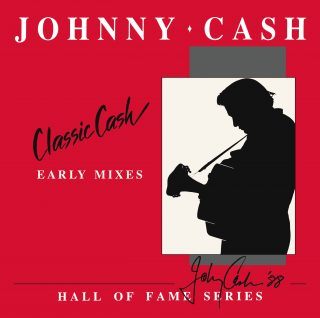 Including renowned tracks such as “Ring Of Fire”, “Get Rhythm”, “Long Black Veil”, “Folsom Prison Blues”, and “I Walk The Line”, Classic Cash: Hall Of Fame Series captured one of Country music’s greatest sons singing the songs that made him a legend.

Presented in a 2LP format, and pressed on 180g vinyl for the highest quality audio fidelity, Classic Cash: Early Mixes is a must-have for Cash fans and collectors and will not be available on vinyl anywhere else ever again.