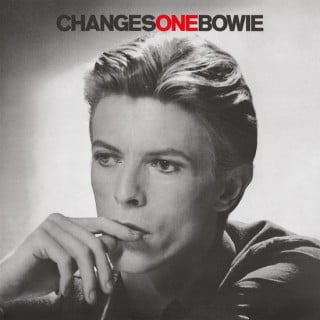 Changesonebowie was David Bowie’s first widely selling compilation album, issued by RCA Records in 1976. It collected songs from the 1969–1976 period, including the first LP appearance of “John, I’m Only Dancing.” A ‘sax version’ of this song, cut during the Aladdin Sane sessions in 1973, appeared on the first 1000 copies of the UK pressing (these can be identified by the lack of the RCA logo in the upper-right corner of the cover). Later pressings of Changesonebowie featured the original version of the single that had been recorded and released in 1972. The U.S. LP contains this original version as well.