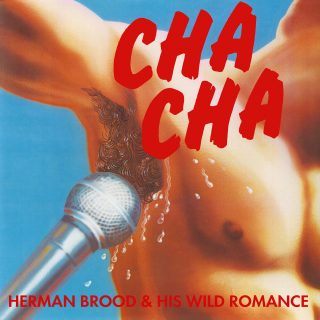 Cha Cha is the first live album by the Dutch blues and rock and roll group Herman Brood & His Wild Romance. The energetic live performance of frontman Herman is brought to you on vinyl and includes the single “Still Believe”. Cha Cha is one fast trip to the world of “the greatest and only Dutch rock ‘n’ roll star”, as het was called. He just takes the express and hold the pace high, when he’s drifting away with his band to some great musical jams. The references to the drugs are clear, but he’s not always satisfied, as hearable on “Dope Sucks”. As “Rock ‘N Roll Junkie” he adds a lot his passion and feeling in the live movement.

Herman Brood is known for his lifestyle “sex, drugs and rock ‘n’ roll”, which would ultimately mean his end. In 2001 he committed suicide by jumping of the rooftop of the Amsterdam Hilton Hotel. The tragic end of rock ‘n’ roll hero.

This special Record Store Day release is available as a limited edition of 1.000 individually numbered copies on red vinyl.