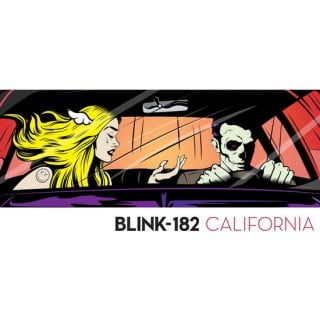 California is the seventh studio album by American rock band Blink-182, released on July 1, 2016 through BMG. Produced by John Feldmann, it is the first album by the band to feature vocalist/guitarist Matt Skiba, who replaced former member Tom DeLonge. After touring and releasing the band’s sixth album Neighborhoods (2011), it became difficult for the trio to record new material, due to DeLonge’s various projects. After disagreements, the remaining members of the group—vocalist/bassist Mark Hoppus and drummer Travis Barker—sought separation from DeLonge and recruited Skiba, best known as the frontman of rock band Alkaline Trio, in his place.