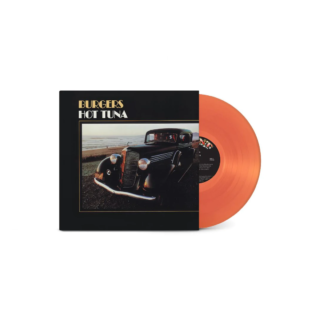 The legendary Bay area rock superstars Hot Tuna have continually scored now for almost five decades a plethora of wonderful recordings throughout their incredible career. At first an experimental side project during their tenure with Jefferson Airplane, co-founders Jorma Kaukonen and Jack Casady soon created a full time Hot Tuna, giving the music world a whole new approach to blues, country blues, gospel, jazz fusion, and all things rock with their magnificent artistry and musicianship which is unparalleled to this day.

Over four decades ago, Jorma and Jack along with Papa John Creach and Sammy Piazza unearthed their masterwork classic “Burgers.” With a great menu of songs ranging from contemporary rock, folk to gospel, styles, the 9 track album simply became manna for the fans and underground and FM radio rock stations.

Jorma Kaukonen’s “True Religion” kicks off the fine collection, and then the fireworks light up as more Tuna classics like “99 Year Blues”, “Keep On Truckin'” and the impeccable instrumental and radio favorite “Water Song” truly make “Burgers” the amazing album its been during their seventies reign and beyond.

Known for their incredible jams in concert and in the studio setting, you will get to hear a stellar workout on “Sea Child” and the slow blues hard rocker “Ode For Billy Dean”, which features a brilliant electric violin lead by the late Papa John Creach, which follows alongside the bluesy vocals and guitar of Jorma Kaukonen, matched perfectly with the heavy rhythmic section provided by bassist extraordinaire Jack Casady and drummer Sammy Piazza.