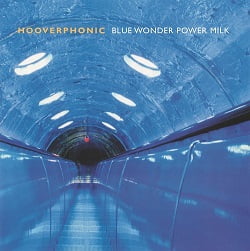 Blue Wonder Power Milk is the second album by the Belgian band Hooverphonic, the first one featuring lead singer Geike Arnaert . The singles released from this album are “This Strange Effect”, “Lung”, “Club Montepulciano” and the hit single “Eden”.

The album is mainly composed of dance club beats and strings. Most songs featured on the album are guided by light strings, making the album fall into genres of indie pop, dream pop, and trip-hop.