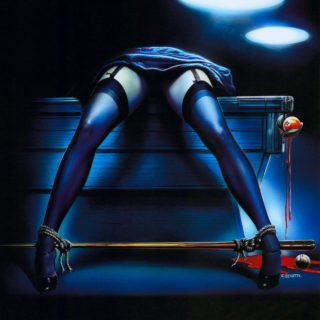 A precursor to Lynch’s Twin Peaks and Mulholland Drive, the iconic soundtrack marks the beginning of Angelo Badalamenti’s creative partnership with David Lynch and sets a template for ethereal noir soundtracks in a modern, quite disturbed age torn between terror and ecstasy.

· Both Badalamenti and Lynch have been heavily involved in this deluxe expanded edition, contributing to new liner notes and shaping the audio program, which comes directly off the unedited master tapes. Bobby Vinton’s “Blue Velvet” has also been added to the track-listing for the first time.