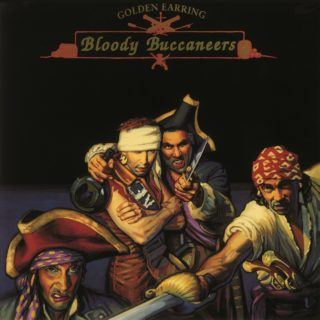 During the 80s, the Golden Earring was heavily influenced by electronic music. Bloody Buccaneers, released in 1991, was guitar-driven and the Earring sounded more self-assured than during the recordings of their previous albums. The fans embraced this sound and the album became a huge international success.

The song “Going To The Run”, about a Hell’s Angel who tragically died during an accident, instantly became a Golden Earring classic. Available on coloured vinyl for the first time, the first 1.000 copies of Bloody Buccaneers are individually numbered and pressed on gold vinyl.

5. Pourin’ My Heart Out Again