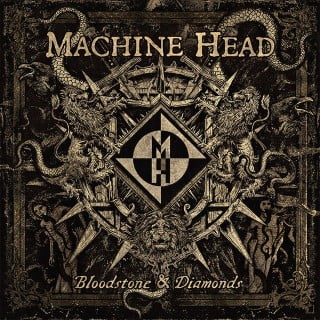 Bloodstone & Diamonds is the eighth full-length studio album by American heavy metal band Machine Head, released by Nuclear Blast on 7 November 2014. This is the first album to feature new bassist Jared MacEachern who replaced former bassist Adam Duce in 2013. Although the album doesn’t feature a title track, the album gets its name from a lyric from the opening track ‘Now We Die’. The album was once again mixed by Colin Richardson with additional tracking, editing, and mixing by Andy Sneap and Steve Lagudi. All album art was done by Travis Shinn.