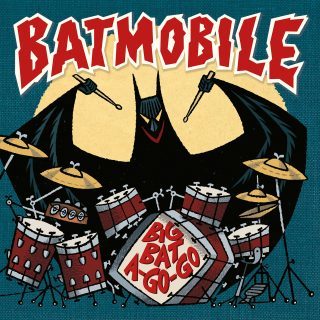 This exclusive 7inch Record Store Day release contains two energetic tracks by Batmobile, but not as you might know them. They’ve added some horns (the Bosco Horns), which gives their sound a totally different – but still recognizable – sound, this 7inch will be followed by a 10inch which is scheduled for later this year on MOV.Available as a limited edition of 1000 individually numbered copies on yellow coloured vinyl.