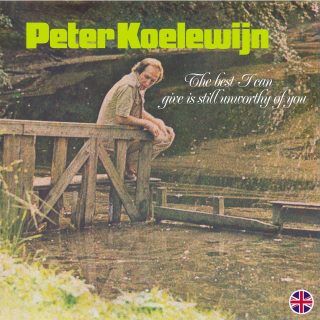 Best I Can Give Is Still Unworthy Of You (Coloured)

1LP (180gr.) on coloured vinyl in 3mm sleeve with insert. Peter Koelewijn is a founding father of Dutch language rock and roll and a successful producer and songwriter for other Dutch artists. English version of the 1977 debut album “Het Beste In Mij Is Niet Goed Genoeg Voor Jou” including the songs “Flight 204 (Als Ik God Was)” and “You’re Growing Older Papa (Je Wordt Ouder Papa)” a.o. The English version of the album was never released on vinyl before and now released on RSD 2020!