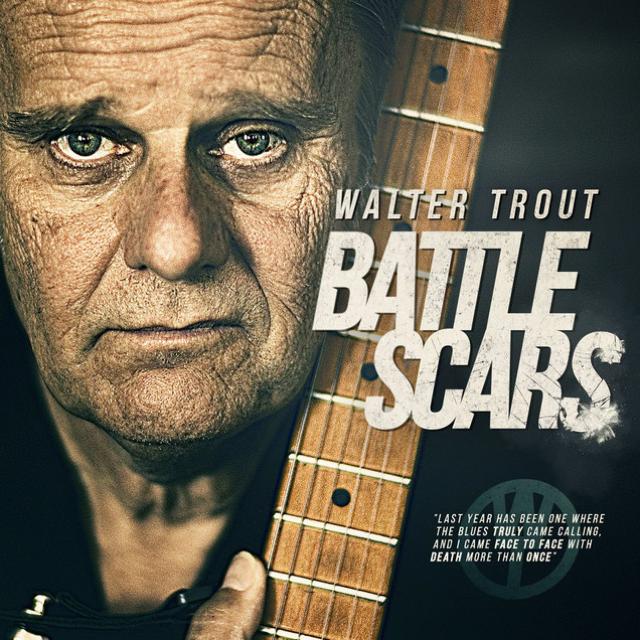 Walter Trout’s new album, Battle Scars, chronicles his horrific battle with liver failure. But the 12-song set, (plus bonus tracks), which will be released worldwide by Mascot Label Group’s Provogue Records on October 23 also captures the international guitar hero, on a new high — playing and singing at the peak of his abilities, infusing even his darkest numbers with creative joy that sweeps like a beacon.