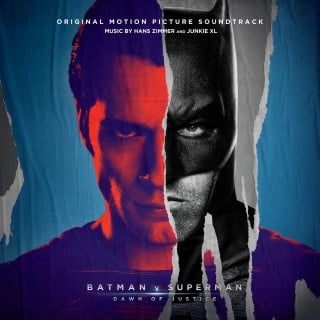 Batman v Superman: Dawn of Justice is the soundtrack to the film of the same name composed by Hans Zimmer and Junkie XL. It was released on March 18, 2016 through WaterTower Music. The exclusive deluxe edition of the album contains five bonus tracks, entitled “Blood of My Blood”, “Vigilante”, “May I Help You, Mr. Wayne?”, “They Were Hunters” and “Fight Night”.