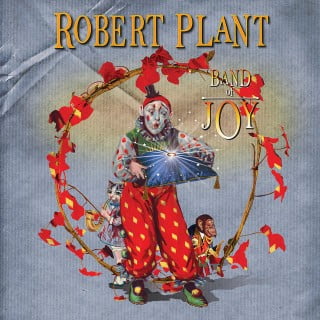 Band of Joy is English rock singer Robert Plant’s ninth solo album and the first with his new band, the Band of Joy. It was released on 13 September 2010 in the UK and 14 September in the USA.

In addition to the song “Satan, Your Kingdom Must Come Down”, which is the opening theme for the now-concluded Starz television series Boss, the credits of BBC 1’s Luther for an episode aired on 16 July 2013 and the season two finale of the Syfy series Defiance, the album is particularly notable for the song “Monkey”, originally of the band Low, which is slowed-down to a grinding, spooky Gothic Rock tempo and mood that is vastly different from Low’s version. It is arguably the least similar to other tracks on the album (except for Satan), which for the most part carry folk rock or progressive rock moods. This version of “Monkey” also may be the first Gothic Rock track Robert Plant has ever recorded, and although it is not a staple at Plant’s live performances, there have been instances where he has performed it.