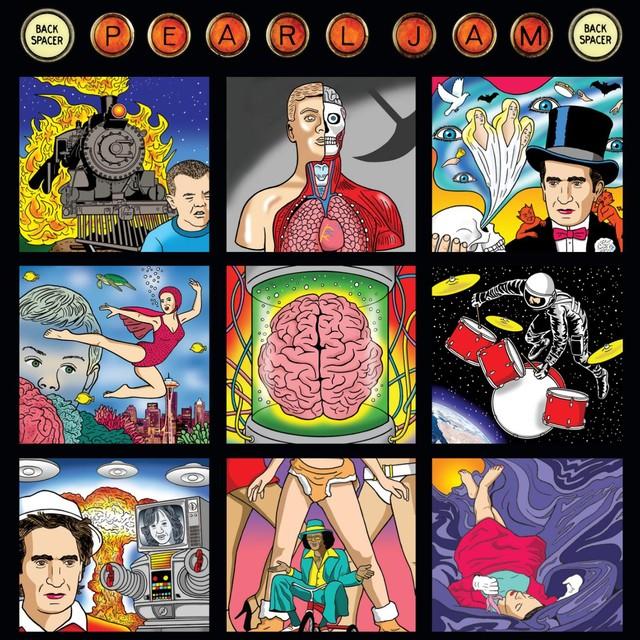 Backspacer is the ninth studio album by the American alternative rock band Pearl Jam, released on September 20, 2009. The bandmembers started writing instrumental and demo tracks in 2007, and got together in 2008 to work on an album. It was recorded from February through April 2009 with producer Brendan O’Brien, who had worked on every Pearl Jam album except their 1991 debut Ten and 2006’s self-titled record—although this was his first production credit since 1998’s Yield. Material was recorded in Henson Recording Studios in Los Angeles, California and O’Brien’s own Southern Tracks Recording in Atlanta, Georgia. The music on the album—the shortest of the band’s career—features a sound influenced by pop and new wave. The lyrics have a more optimistic look than the ones in the politic-infused predecessors Riot Act and Pearl Jam, something frontman Eddie Vedder attributed to the election of Barack Obama.