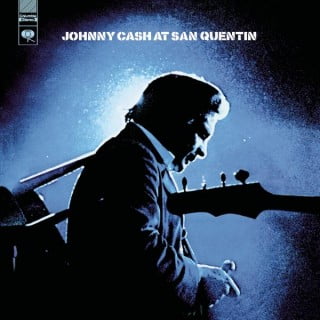 At San Quentin is the 31st overall album by Johnny Cash recorded live at San Quentin State Prison on February 24, 1969 and released on June 4 of that same year. The concert was filmed by Granada Television, produced and directed by Michael Darlow. The album was a follow-up to Cash’s previous live album, the critically acclaimed and commercially successful At Folsom Prison.