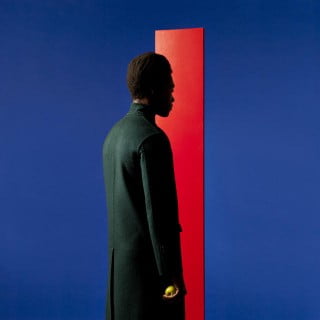 At Least For Now

Benjamin Sainte-Clementine (English pronunciation: /ˈbɛndʒəmɪn ˈsən ˈkləməntɪn/; born 7 December 1988) is an English musician, poet and pianist. He grew up in North London before moving to France and subsequently performed on the British television programme Later With Jools Holland. He has been particularly praised for his unique piano playing, charisma on stage and his powerful vocals which is mostly compared to that of Nina Simone and Antony Hegarty. He is noticeably seen playing on stage entirely in black or dark grey long trench-like woollen coat with no shirt underneath, in bare feet.