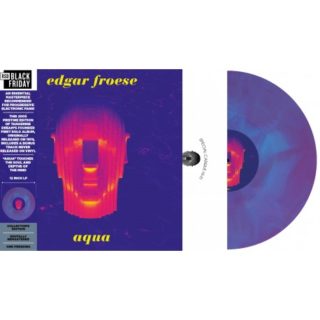 Released in 1974, Aqua is the first solo album by Tangerine Dream’s frontman Edgar Froese. It is known as his most influential release as his entire advance was invested in the acquisition and development of the then-unknown sequencers and modular synthesisers. “Aqua is a work of creation that has opened many doors to the sound exploration and to the parameters in a fusion between abstract and harmony”. This release has been out of print on vinyl until now. This deluxe package includes a 2005 bonus track and new album art that has never been released on vinyl. Blue smoke vinyl with an an OBI strip, gatefold album jacket, printed inner sleeve, and replicas of the original record labels.