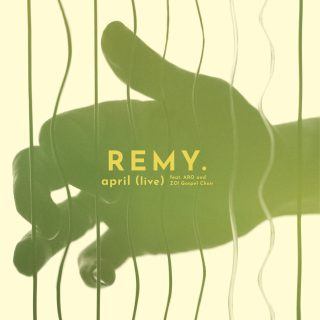 Dutch Harpist Remy van Kesteren released his new album ‘An alternative soundtrack to the motion picture The Red Turtle’ at the end of last year. As the title suggests this was his own take on the soundtrack for the Oscar-nominated movie The Red Turtle.
This summer there will be a follow-up to this well received album. On the 12th of June, the day of the first Record Store Day drop of 2021, Remy will release a limited 7 inch single. The single will feature a live version of ‘april’ together with the ZO! Gospel Choir and Remy’s Analogue Robot Orchestra (ARO), and a live version of ‘nowhere left to run’ featuring ARO.
The 7 inch ‘April (Live)’ will be sold exclusively during Record Store Day, June 12th, at Dutch independent record stores.