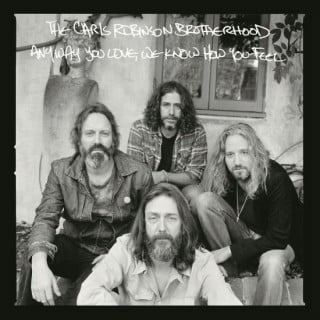 Anyway You Love, We Know How You Feel

The Chris Robinson Brotherhood released their fourth studio album, Anyway You Love, We Know How You Feel on July 29, 2016 via Robinson’s own Silver Arrow Records. The band relocated to northern California for the sessions, recording on the side of a mountain overlooking the foggy Pacific Ocean and channeling the natural majesty of their surroundings into the album’s eight sprawling tracks. Having spent the prior two years touring relentlessly, the CRB were road-tested and in peak form to capture their kinetic chemistry and immersive sound, which Uncut Magazine called, “…a celebration of how American musical traditions can be at once honored and psychedelically expanded.”