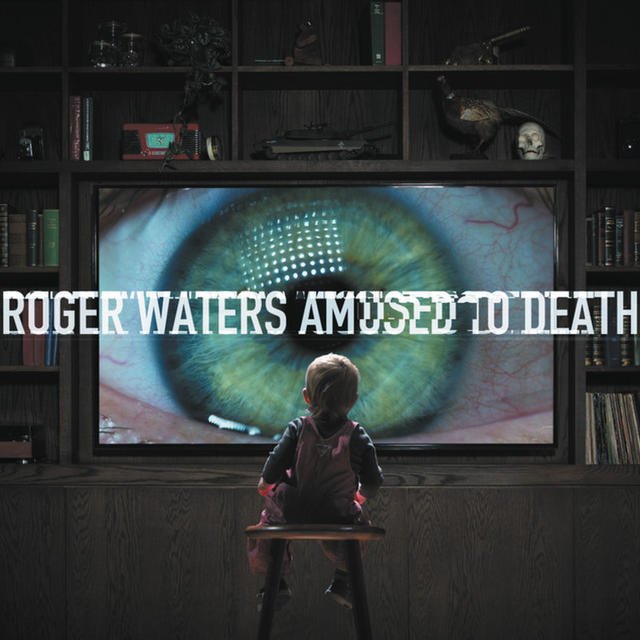 Amused to Death is a concept album, and the third studio album by former Pink Floyd bassist and songwriter Roger Waters. It was released in 1992.

The album title was attached to material that Waters began working on during the Radio K.A.O.S. tour. It was several years before the album was released and it is unknown how much the material was changed in the interim.

The album’s title, and much of its thematic material, was inspired by Neil Postman’s book Amusing Ourselves to Death. In Postman’s later book The End of Education, he remarks on the album: “(…) Roger Waters, once the lead singer of Pink Floyd, was sufficiently inspired by a book of mine to produce a CD called Amused to Death. This fact so elevated my prestige among undergraduates that I am hardly in a position to repudiate him or his kind of music.”

On April 15, 2015, Waters announced that the album would be re-released on July 24, 2015, featuring a new 5.1 multichannel audio mix, as well as a new stereo mix. It will be available in a number of formats, including vinyl.