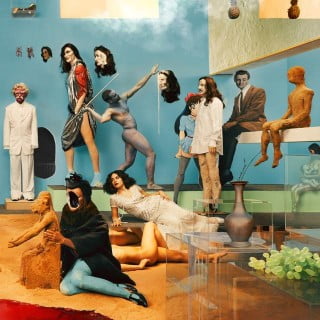 Yeasayer recorded live as a band for the first time in the wilderness of upstate New York, with Amen & Goodbye requiring an atypically long four years to release, explained at least in part by a rainstorm leak that damaged much of their tapes. That same storm was recorded for the background noise in “Gerson’s Whistle,” which appropriately concludes, “Troublemakers make the world go round.”