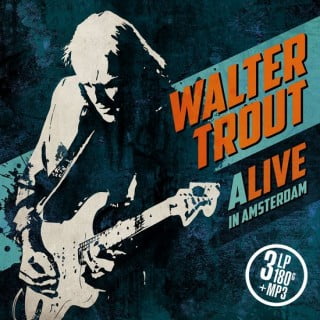 ALIVE In Amsterdam by American blues guitarist, singer and songwriter was  released on June 17th 2016 on Mascot/Provogue.  ‘ALIVE in Amsterdam’ is the sound of a man announcing his resurrection after a period on the ropes. As Trout’s army of international fans are painfully aware, recent times have taken the bandleader to the brink, following a bleak diagnosis of life-threatening liver failure and hepatitis C in 2013. Trout’s rebirth began with a successful transplant in May 2014, and gathered pace with 2015’s ‘Battle Scars’: the acclaimed studio album that channeled his near-death experience into raw autobiographical songs.