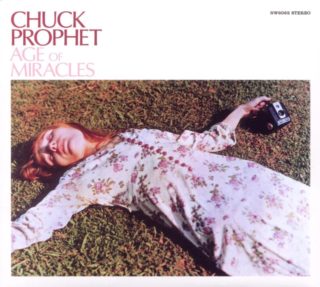 Age of Miracles is now on vinyl for the first time outside of a limited German release in 2004. On this postmodern roots plunge, Chuck Prophet dove deeper into pastiche song structures, adding lighter strings, heavier guitar licks, and more restless romanticism. His beats, however, remained as thick as they were organic, his voice occluded in a raspy filter. Prophet continues to make records that sound like none other on the loosely defined alt-country scene–lush, elliptical, inventive, moody, and deeply, even eloquently, grooved. This limited edition release will be pressed on pink marbled vinyl. This release is being manufactured at MPO in France. Mastered for vinyl by Jason NeSmith – Chase Park. This release is limited to 4,000 copies worldwide