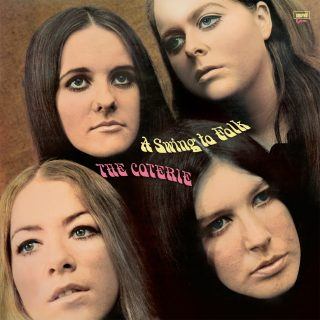 A SWING TO FOLK

The Coterie was an ephemeral folk group from Dimnagh, a southern suburb of Dublin, with hippy and psych touches from the late 60s. Emerald released a single and the groups debut and only LP, “A Swing to Folk”, a captivating record with simple instrumentation, beautiful vocals and harmonies that transport us to pastoral surroundings full of calm, peace and love. Over 52 years after its original release, “A Swing to Folk” is reissued for the first time making it available again for collectors and fans of folk/psych. Splatter vinyl. Exclusive RSD 2021 release.