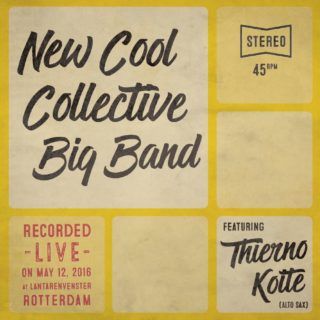 New Cool Collective met Thierno Koité (Orchestra Baobab, Le Sahel) during a trip through Africa in 2013. Inspired by his unique sound, the band decided to name a song after Thierno which can be found on the Electric Monkey Sessions album.

They exchanged their contact details and 2 years later they had saved enough money together to organize 3 performances and a recording session with Thierno in the Netherlands. They began writing new material and the Big Band was called up to practice. Shortly thereafter, their new songs were brought to live stage during these 3 performances in 2015. It was a huge privilege for the New Cool Collective to share the stage with a legend like Thierno.

The complete studio album will be released by Dox Music and Music On Vinyl in May 2017.