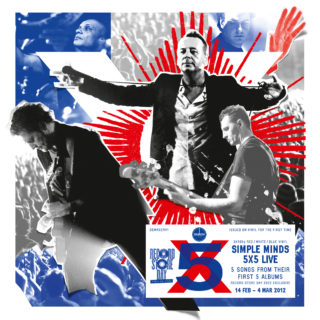 Formed in Glasgow in 1977, Simple Minds are one of the UK’s most successful bands, having achieved critical acclaim and a number of chart-topping albums. First released in 2012, 5X5 Live is a live album recorded across Europe, featuring recordings of five songs from each of the band’s first five albums as well as a selection of bonus tracks. Highlights include performances of classic songs including “Someone Somewhere In Summertime”, “Glittering Prize” and “Theme For Great Cities”. The complete album is now released on vinyl for the first time, pressed on three 180g red, white and blue vinyl discs exclusively for Record Store Day 2022.

Side Four
1. The American
2. 70 Cities As Love Brings The Fall
3. In Trance As Mission
4. Sons & Fascination
5. Sweat In Bullet
6. Changeling

Side Five
1. Factory
2. Big Sleep
3. Premonition
4. Promised You A Miracle
5. Someone Somewhere In Summertime 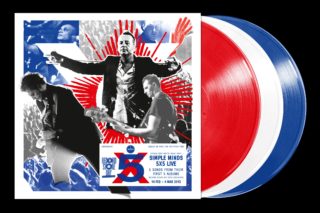