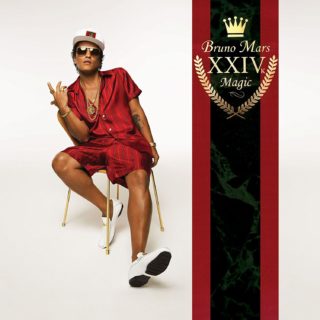 Bruno Mars’ multi-platinum, 7x Grammy Award-winning third album 24K Magic – featuring the worldwide smashes “That’s What I Like” (2.6B streams), “24K Magic” (1.8B streams) and “Finesse” (1.3B streams) – will be made available for the first time as an (appropriately) gold-colored vinyl.
Originally released on 18 November 2016, the record is turning 5 later this year and we are working on celebratory marketing components for this milestone anniversary.