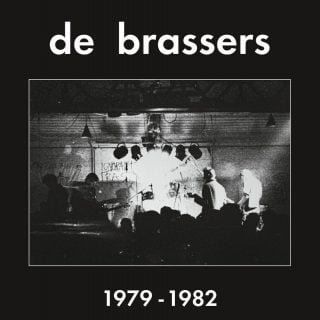 RSD edition of 500 copies with alternate artwork. 180gr. vinyl with gatefold sleeve. De Brassers were one of the most notorious bands in the Belgian new wave/punk history. With their no nonsense attitude they scared the shit out of the local catholic community of Hamont. De Brassers were a local mixture of the Sex Pistols (in the lowest gear) and Joy Division (they always performed a cover version of Joy Divisions Shadowplay), combining a criticism of bureaucracy and politics with experiences of psychological and existential tensions. The doomed sound they produced tells a lot about the dark atmosphere of the late seventies and early eighties: the fear of atomic bombs, cold war pessimism, police violence against squatters, the first cases of AIDS, and the grim years of Reagan & Thatcher. This compilation takes you back to that time. All tracks from their first 7″ “En Toen Was Er Niets Meer” & their self-titled 12″, plus rare & unreleased tracks taken from various live performances & the cassette “Levend”. If youre in for a raw slice of Belgian history let de Brassers immerse you in a cold wave of punk.