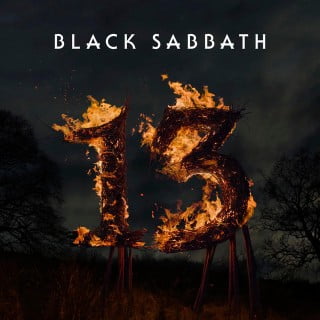 13 is the 19th studio album by British rock band Black Sabbath. The album was released on 10 June 2013 in Europe and 11 June 2013 in North America, via Vertigo Records and Republic Records in the US, and via Vertigo Records worldwide. It is the first studio album released by Black Sabbath since Forbidden (1995), and their first studio recording with original singer Ozzy Osbourne and bassist Geezer Butler since the live album Reunion (1998), which contained two new studio tracks. It is also the first studio album with Osbourne since Never Say Die! (1978), and with Butler since Cross Purposes (1994). This is also the first Black Sabbath studio album since Never Say Die! not to feature longtime keyboardist Geoff Nicholls, and the first since The Eternal Idol (1987) on Vertigo (outside the US and Canada).