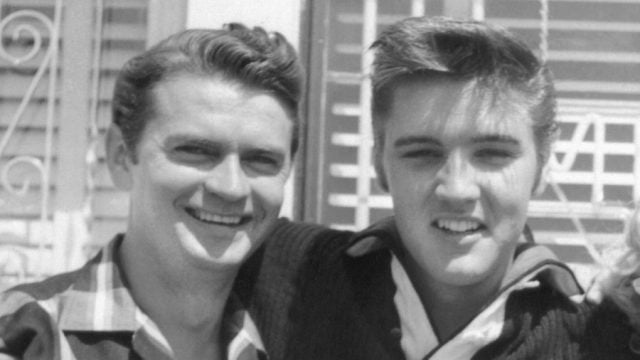 It is indeed a pleasure to be with you here.

I have been in the music business all my life just about, and I can truly say that there are no greater people on the face of God’s earth than the independent retail/record merchandiser.

Let me tell you, there’s a lot of us that would not have been around… I don’t think Elvis would have had it not been for individual stores, and independent distributors. I know damn well I wouldn’t have been around. And just think what we would’ve missed with all of the people inside of the Sun catalog and stable alone had we not had people exactly like yourselves.

I know that there is nobody more tenacious in the business than the individual thinker, the individual worker, known as the individual merchandiser of music. I can tell you that I owe my career, and all of the people that I recorded, to you. And I am not overstating this to have an extra drink on anybody. I am telling you this is the truth.

As an example, my brother, Tom Phillips, who is now deceased… in the middle of the time that I had Sun Records, he was working at a paper mill in Mobile, Alabama. A preacher to be exact. He was breathing the fumes of formaldehyde that Scott Paper Company made paper with. My sister told me that Tom wouldn’t last long if he didn’t get out that environment. I brought him to Memphis. We set up Select-O-Hits and started selling records not only from my company but from all the independent people in the business. And now, here’s what they’ve done as independent people. He educated seven children. He didn’t die from the formaldehyde; I think it shortened his life. But, they all were educated well. They all have big families. They all have worked hard, and they all have dedicated their lives to independence and being alive with music, knowing how important it is to go into a record store and feel like you are buying something other than a can of tomatoes.

I want you to definitely know, as hard as it is; you people have got to be the bravest people, the smartest people, in the retail business to compete with what is out there today. And I have nothing against big business, but when it comes to the ideal of something as intimate as music, something that has changed the face of this earth for better, made us all understand each other better… to think that the United States could live without you people it makes me want to cry. Now I’m not saying that that is going to happen, but I do know what you are confronted with. But I was also at a record store today (J&R Music World) and it totally had the feel as though you were going to the warmest place on this earth.  As big as that stores is, you could tell that it was run by individuals that love what they are doing and fighting their ass off to make it a place of enjoyment for people to come and spend their money.

I was determined to come over and say hello to you and to let you know how appreciated you are. I hope and pray to God that you don’t give up the ghost. I know that it is so tough, but there is nobody smarter than you are. I’m being honest about that. There’s nobody smarter than you are because if you have remained in the retail business, I can tell you that have got something that very few of us have. That is brains. That is hard work. That is guts. And that is the attitude that they are going to have to whip my ass good before I give up.