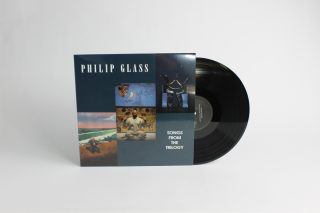 Songs from the Trilogy is a 1989 compilation album of songs from Philip Glass’ operas Einstein On The Beach, Satyagraha and Akhnaten. Many of the songs on the album have been altered or shortened from their original composition. 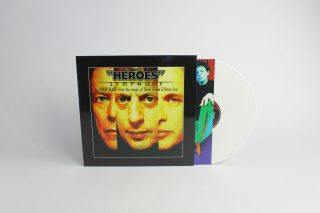 Heroes Symphony is a symphony (also known as Symphony No. 4 “Heroes”) composed by American composer Philip Glass in 1996 based on the album “Heroes” by David Bowie. Glass also based his earlier Low Symphony [MOVCL009] on the David Bowie album, Low. Heroes was one of David Bowie’s most experimental and avant-garde records, so it made sense that Philip Glass would follow the Low Symphony with the “Heroes” Symphony, adapting Bowie and Brian Eno’s original, minimalistic synthesized sketches for full orchestra.

A CELEBRATION OF HIS 80TH BIRTHDAY

Can anyone imagine a world without Philip Glass’ music?

Probably not, because whether or not you’re a fan of his music, Philip Glass is considered one of the most influential composers of the late 20th century.

His compositions have been defined as minimal music, whereas he himself defines it differently. “The problem is no one is doing minimalism now. It’s music we wrote in the 1970s. It’s over 30 years out of date. It’s a crazy idea to use a description made up by journalists and editors to cover all kinds of music. It’s more confusing than descriptive. What do I really do? Listen to me. I’ve written 26 operas, 20 ballets, I don’t know how many film scores. I write theatre music”, as he states it.

Philip Glass made contributions with several artists such as David Byrne, Paul Simon, Ronstadt, Patti Smith. Glass’ film music has earned him an incredible amount of awards, so it’s no surprise that he’s had a huge influence on film composers as well, including Hans Zimmer.

David Bowie is another figure who’s absorbed Glass’s music – and this influence has worked both ways. Glass based two of his symphonies (no.1 and no.4) on albums by Bowie (Low and Heroes respectively), whose music in turn has been hugely influenced by Glass’s minimalism.

He inspired young harpist Lavinia Meijer to create her newest album The Glass Effect, which was released last year.

In September 2016, former President Barack Obama presented Glass with a National Medal of Arts. At the ceremony, Obama said Glass was being honored “for his groundbreaking contributions to music and composition,” and described him as “one of the most prolific, inventive, and influential artists of our time, he has expanded musical possibility with his operas, symphonies, film scores, and wide-ranging collaborations.”

Philip Glass is turning 80 years on January 31st; let’s celebrate his 80th birthday and enjoy the albums we had the honor to release on vinyl.