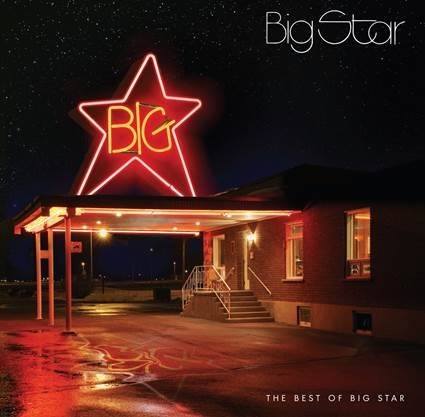 Stax Records, an imprint of Concord Music Group and its Catalog Division, Craft Recordings, is excited to announce the release of a new compilation celebrating Big Star. The 16-track collection spans all three of the influential band’s LPs (1972’s #1 Record, 1974’s Radio City and Third, released after the group disbanded, in the late ’70s), and features rare edits of some of their most popular songs. Liner notes from GRAMMY® Award-winning writer and director Robert Gordon, plus an introduction by the sole surviving Big Star member, drummer Jody Stephens, round out the package. In stores June, Best of Big Star will be available as a 2-LP, 45 rpm album housed in a gatefold jacket, with lacquers cut at Ardent Studios and pressed on 180-gram vinyl. The title will also be available digitally and on CD.

Much like Nick Drake, the Velvet Underground, and other critically esteemed artists whose work only gained commercial traction long after its initial release, Big Star let loose their trademark mix — shimmering jangle pop with a side of elliptical melancholia — into a world that just wasn’t ready for it. In his liner notes, Robert Gordon muses that the band “fizzled before most anyone heard them, then when they seemed totally forgotten they began to exert more musical influence than most bands ever dream of — an unusual story … Big Star reminds us that great art lives, that immediate audience appreciation can’t be counted on and that it’s not about the brightness of the light but its beauty.”

Formed in 1971 by singer/songwriters Alex Chilton (1950-2010) and Chris Bell (1951-1978), drummer Jody Stephens (b. 1952) and bassist Andy Hummel (1951-2010), the Memphis-based group is now considered to be one of the most influential bands in modern music, having inspired some of the biggest alt-rock artists of the ’80s, ’90s and beyond. An underground core of fanatical enthusiasts kept the fire burning. The Replacements famously released “Alex Chilton,” a song that paid tribute to Big Star’s songwriting genius. R.E.M.’s Peter Buck said, “Big Star served as a Rosetta Stone for a whole generation of musicians.”

Over the course of their time together, Big Star recorded three LPs with producer John Fry at his Ardent Studios. 1972’s #1 Record included the power-pop anthem “When My Baby’s Beside Me,” dreamy “Thirteen,” and “In the Street” (famously covered by Cheap Trick for the theme of That ’70s Show). Radio City (1974), recorded after the departure of Chris Bell, featured “September Gurls” (covered by likes of the Bangles and Superdrag). In the fall of 1974, not long after the release of Radio City and the departure of bassist Andy Hummel, Chilton and Stephens recorded a new album, which was shelved until 1978, after the group had disbanded. That mythic album was released as Third (later reissued under the name Sister Lovers as well), and has long been revered by artists and critics as one of the most influential albums ever produced. #1 Record, Radio City and Third are now considered to be milestones in the history of rock by critics and musicians alike. The three LPs made it onto Rolling Stone’s 2012 “500 Greatest Albums of All Time” list, while tracks from the first two (“Thirteen” and “September Gurls”) are also among the magazine’s “500 Greatest Songs of All Time.”